The creation of a unified Port Community System (PCS) for Poland’s main ports of Gdańsk, Gdynia and Szczecin-Świnoujście – with all of their differences – was a crucial element of the Government’s plans for national port development to 2030. 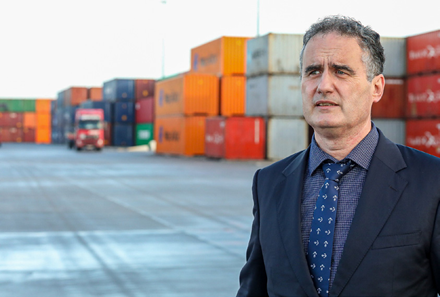 Polski PCS was established as a start-up in 2017 and has achieved significant success over the past four years. However, when starting out on the journey, there were no illusions regarding the task ahead. As CEO Andrzej Zelek says, there was hesitation and reluctance amongst stakeholders – and, indeed, many stakeholders had different views as to what a PCS should be. “We were providing something that didn’t exist at all in the country, and it was important to explain what was needed and what could be delivered,” he says. “We had to find a unified and common solution that included the differences and wishes and thoughts of all the stakeholders.”

In this, he was determined to consult widely, learn from best practice and avoid mistakes that others may have made. Overall, the aim was system-to-system integration, replicating and reusing data and minimising the input of data, while integrating with Poland’s new Customs systems.

“The support of IPCSA was key in the process because we were able to talk to people with experience in this, who had faced issues and found solutions,” says Andrzej. “I was forewarned that people would be reluctant to trust us and reluctant to share information. However, we were determined to build something together. Our mission is to be Port Community System, not a Port System. We engaged the community in building it, and we continue to do so as we develop the PCS further.”

The technology, IT and legal parts are of course important, he says, but not the most important.

“The most important point is who and why and how we will be using the new tool. So our goal was simplicity of use and a customer-centric approach.”

From the very start, the focus was on finding out what the ports needed, what customers were looking for, and where the specific issues were. “We talked to port managers but we also talked to ordinary employees, to find out how things could be improved from their perspective.

“Customer-centricity was put into practice. We asked companies operating in the port area about their digital infrastructure and plans. We never said ‘we want to do’ – we asked them, ‘what do you think can be improved?’ We didn’t want to replace any system they had in place that was working well – we were there to integrate and work with their systems.”

This approach gained the trust and confidence of the parties in the discussions and enabled Polski PCS to combine many factors to create a holistic view of the situation, he says. “Also, our clear objectivity – the shareholders of the company are the management boards of the seaports in Gdańsk, Gdynia and Szczecin-Świnoujście – enables us to avoid conflict and competition, and support everyone. It was also important that our system was user-friendly and that the screen does not look like ‘just another Government system’. We did extensive testing to ensure we had that right.”

Tests of the Polish PCS system with such functions as ship handling / entry, stay / departure, administration and procedures for the shipping agency are underway, works on expanding the system, including for pilots and tugs, are pending. This year, PPCS launched the functionality of releasing containers in the import procedure. It turned out that the containers could be released in minutes. “This is what we were looking for – less wasted time, greater efficiency, minimized errors, good communication flow back and forth,” says Andrzej. “People understand that PCS is good for the port and the community, and business needs effective administration and support.”

He is clear that the real-time information and visibility provided by the PCS can help shippers and all stakeholders throughout the supply chain. “Shipments, trucks and other transport can be planned, managed and booked in advance, with certainty. When you wait for the answers from Customs and you are not sure if you have to wait two hours or two days, how can you be precise with your schedule for the truck?”

Polish Customs has provided significant support to the whole project, he adds, and will be equally important as Polski PCS embarks on its next step – integrating inland terminals and rail operations into the system.

“We have launched a project to integrate inland terminals into the PCS. We are starting once again with analysis, checking what is the real situation, how people execute processes, and so on,” he says.

This is a particularly significant development for Poland, which is an important logistics hub for south and west European countries as well as serving its own domestic market; Poland’s ports handle east/west shipments and a very high number of rail services.

Investment and expansion at all three ports – Gdańsk, Gdynia and Szczecin-Świnoujście – is expected to generate significant growth in cargo volumes through Poland.

The Port of Gdańsk has invested €36.6m in road and rail infrastructure which has included 10kms of roads, 7kms of rail tracks, numerous junctions, four flyovers and other facilities.

The work ties in with the A1 motorway project linking the Czech Republic with Poland’s Baltic Sea coast and Gdańsk. In 2022, it will be possible to drive directly and without traffic lights from the Port of Gdańsk to Ostrava, Brno, Prague and Bratislava.

Gdańsk is also moving ahead with a project to upgrade and develop quays and deepen the access to the inner port.

Gdynia has plans for a new outer port based around the construction of an artificial peninsula and a new 2.5m TEU deepwater container terminal, capable of handling vessels up to 430 metres in length, 60 metres wide and 16 metres draft – the largest vessels that can enter the Baltic Sea. This project also includes dredging of basins and approach channel, and new road and rail connections.

Szczecin and Świnoujście Seaports Authority’s developments include dredging the channel to 12.5 metres and the access route from the Baltic to Świnoujście to 14.5 metres first, and then to 16.7 metres. This will serve a planned external port with 17 metres depth, to provide a container terminal able to handle the largest container ships in the Baltic as well as feeders, general cargo terminals and an LNG terminal. The plans also include modernising and rebuilding road, rail and waterway infrastructure.

The solutions provided by the PCS will undoubtedly be crucial in increasing the attractiveness of Polish ports as a hub for other European countries, says Andrzej.

As it works to bring inland operations into the system, Polski PCS is also further refining the existing services and functionalities. This year it will also release transit and export modules, which will deliver VAT efficiency and related cash flow advantages. “Our goal is to increase the movement of goods in the ports, for the benefit of all,” says Andrzej.

To find out more about the Polski PCS

To find out more about the IPCSA, Port Community Systems, Single Windows or membership of the Association

To view the original IPCSA article in the Port Technology International Journal please go to: 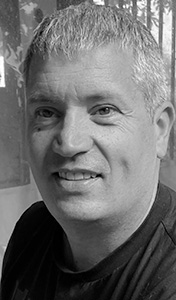 Friends and colleagues from across the global maritime industry have been paying heartfelt tribute to Richard Morton, Secretary General of the International Port Community Systems Association (IPCSA), who has passed away at the age of 50.

Despite battling with illness for many months, Richard remained positive and enthusiastic to the end, his drive undiminished as he continued to support IPCSA members and make ambitious plans for IPCSA’s future.